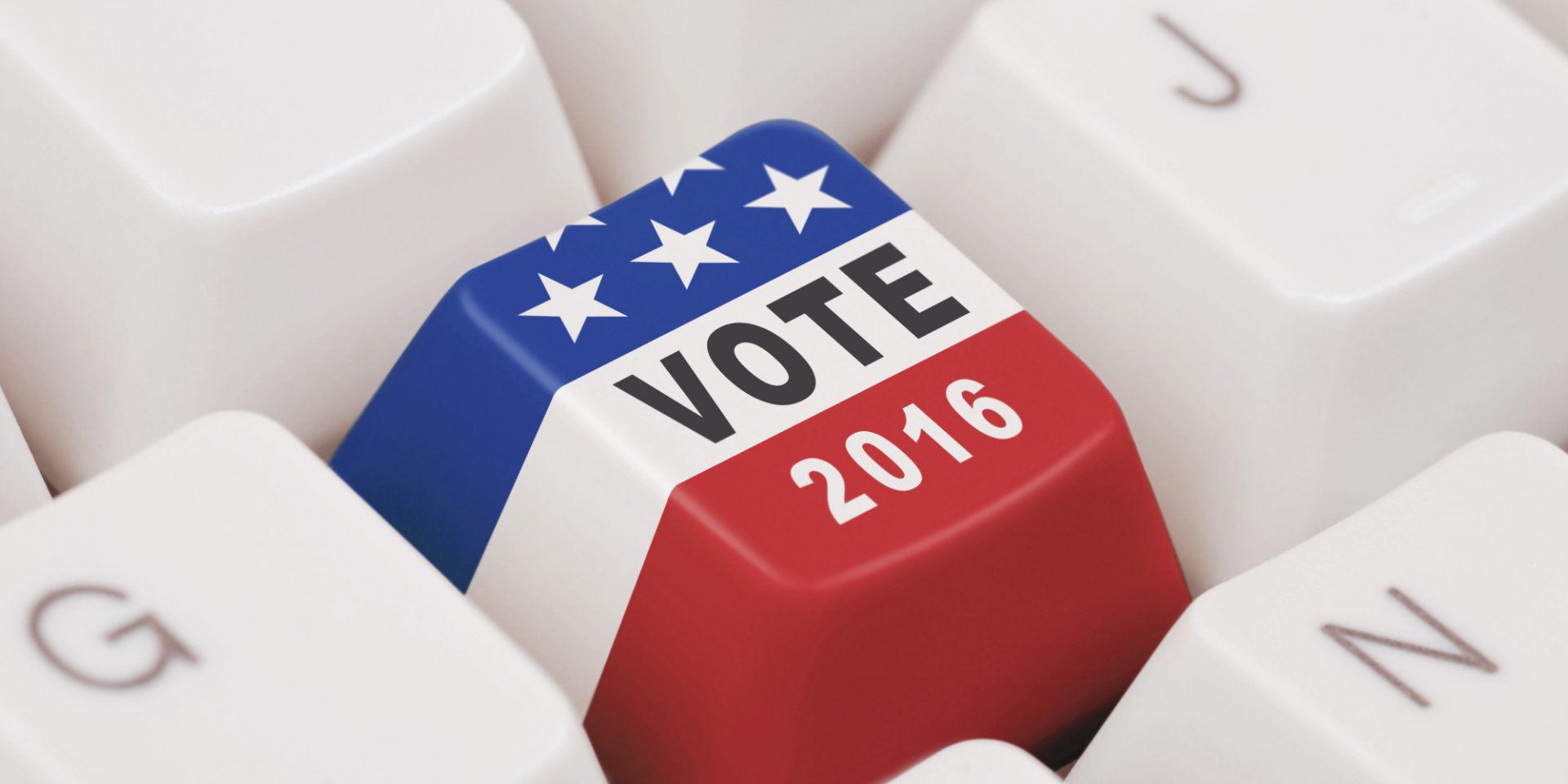 The rise of Trumpism

The leaders of the Republican Party like to say that their party is one of ideas. Debates over government programmes and budgets are considered to be very important, but they must be conducted within the scope of the bigger picture, considering; the character of the state, the future of freedom and the meaning of virtue.

Even popular website Urban Dictionary has tried to define the term Trumpism, describing it as a “belief system that encourages abrasive, pretentious, narcissistic behaviour as the way to achieving money, fame and power”.1

These beliefs are the foundation for a conservative intellectual establishment. Over the last year, this establishment has been united by one thing: opposition to Donald Trump. While many Republican voters have succumbed to collective insanity, a great deal of the Republican Party remains certain that the Republican Presidency of a reality television star turned populist demagogue is a disaster for their cause of their country. And now, after a long, exhausting campaign and Presidential Election season, Donald Trump is the next President of the United States of America. A lot of people all over the world are asking themselves how this could happen. What explains his enormous popularity?

The increase in Donald Trump’s popularity is a particular phenomenon; they even named it “Trumpism”. This is a term that has started to gain ground with academics and commentators to describe Donald Trump’s behaviour including his mannerisims, way of thinking and conducting himself. The media has taken over this term as well. “Trumpism” became a hashtag and a trending topic on Twitter. Political science professor David Tabachnick described Trumpism as “being linked to the Republican candidate but also a uniquely American political trend that stands apart from traditional American conservatism”. Trumpism comprises of four characteristics: celebrity, nativism, the outsider phenomenon and populism. “It embodies a particular kind of American populism composed of a mishmash of overt patriotism and economic nationalism, along with a vague commitment to the middle class and an aggressive but indefinite foreign policy. Like all populism, Trumpism relies on the rhetoric of resentment but is thin on specifics”, according to Mr. Tabachnick.2

So, let’s delve deeper into the four elements of this new popular noun. The first element, the one of celebrity, has long played a role in American presidential politics: movie stars running for office and candidates that make their appearances on late-night talk shows. But Donald Trump’s celebrity persona was already well embedded in his desired political image. As the CEO of his large company and his appearance in several TV-shows, he had a tremendous advantage over his rivals, who were still seeking to frame or reframe their image through positive media during their campaign. Despite his many blunders on the campaign trail and rampant criticism, that would have destroyed other candidates, Trumps persona has endured. Furthermore, the celebrity character of Donald Trump has led to the engagement of people that would otherwise be disengaged from politics. Trump represents their unsatisfied wants and dreams.

Nativism, Racism and Xenophobia
This second element of Trumpism goes back to the so called birther movement. In 2011, Trump demanded that president Obama should release his full birth certificate. With his demand, he fused racism – the fear of Blacks; nativism – Obama must be from Kenya; and xenophobia; Obama is a closet Muslim. Under his slogan “Make America Great Again”, Trump pledges to build a wall along the Mexican border and deport all illegal immigrants as well as his plan to ban all Muslim immigration. After recent terrorist shootings in America, Trump stated he wants Muslims in America to be registered in a national database. Moreover, he wants to monitor Mosques and Muslim communities. Additionally Donald Trump has warned the American people about “Mexican rapists and drugs dealers”, in fact, in the last presidential debate he even spoke about the “bad hombres” he wants to deport.

The outsider phenomenon
Outspoken, frequently outlandish and often outrageous, Trump has been above all else the political outsider. His supporters feel that for too long, career politicians have over promised and under-delivered.  The lack of results in Washington is no longer acceptable for them. While a lot of people think this is a new phenomenon, the outsider approach to the presidency is not unprecedented. Five of the six last elected presidents were outsiders: Ronald Reagan, Bill Clinton, George W. Bush and Barack Obama. While Trump is the ultimate outsider, Hillary Clinton is the ultimate insider. Her experience in politics and her intelligence have always been her greatest attributes and provided her biggest advantage, but, in 2016, this attribute has showed its weakness. A lot of people support Trump because they hold the belief that with him they can achieve different results. You could say that many of his voters are more motivated by their frustration with the current political climate and their hate of Clinton, than they are by Trumps ideology.3

Populism
Trumpism is popular and appealing to a large group of anti-intellectual, conspiracy minded and alienated, dissatisfied people. Trumpism is a rebellion against the existing political establishment. It is not only a battle against the Democratic Party, but also against the establishment of the Republican Party. Trump supporters are disgusted by the compromises Republicans and Democrats make in current politics. His supporters think it is not necessary to collaborate with each other. Trump believes Americans have been betrayed by the political establishment. Capitalising on all these negative feelings in populism, Trump relies on the resentment of the political environment but is thin on specifics.

Who are Trump’s supporters?
After two remarkable, unforgettable years of presidential campaigning, Americans have to deal with this new President of the United States of America. It is surprising how many people voted for Trump to be the next American President, especially if you sum up all the scandals and outrageous things that happened, starring Trump. From calling former Miss Universe too fat and a pig, to the audiotape stating he can get any women he wants and “grab them by the pussy”. It makes you wonder what kind of people want this man to be Commander in Chief.

The Trump supporters come from a conservative tradition which is not necessarily a traditional conservative one. His supporters are less patient:  they are bothered by the establishment, feel unheard and want change, by any means necessary.4

The Washington Post wrote that Trumps behaviour this election season is characterized by saying whatever comes to mind on social media and rarely backing down. This behaviour is breaking away from traditional American politics. The Washington Post says that this behaviour has resonated with supporters who are tired of the status quo in American politics. The Washington Post wrote that “Trumpism is not defined by any set of policies, or an ideology. It is not handcuffed to coherence or consistency except in its disregard for what its adherents deem to be political correctness. “Trumpism is a personality- fuelled movement that has proven, against the smart money’s predictions, to be in tune with the frustrations of a significant slice of the electorate”.5

An American Tragedy?
The election of Donald Trump to the Presidency of the United States of America is nothing less than a tragedy for the American Republic, Constitution, and a triumph for the forces, at home and abroad, of nativism, authoritarianism, misogyny, and racism. I wrote this article while I was absolutely convinced that Hillary Clinton would be the first female president of the United States of America. But, on Election Day, I felt as if it was not going to end well. And while I was watching the results with my friends and a lot of American politicians, we saw the sky turning greyer.  Trump’s shocking victory, his ascension to the Presidency, made everyone around me sick to their stomach. This is an historic event for American people, the world and for liberal democracy.

On January 20, 2017, the whole world will say farewell to the first African-American President of the United States. Barack Obama is a man of integrity, dignity and generous spirit. At the same time, Americans have to deal with the inauguration of Donald Trump. Whatever will happen in the next four years, and I personally am holding my breath, Americans have to combat authoritarianism, hate, and struggle honourably and fiercely in the name of American ideals.