The South-east Asian country Brunei recently imposed the death penalty as a punishment for same-sex sexual relationships. Unfortunately, Brunei is not the only country which has enforced this type of punishment. Similarly, Iran, Saudi Arabia, Yemen, Sudan, Mauritania, parts of Nigeria and Somalia have implemented the death penalty as a suitable form of retribution. In fact, anno 2019, over 70 countries have anti-gay laws in place.[1] This article discusses what this means for the LGBTI-community and what their rights entail. LGBTI is an abbreviation for lesbian, gay, bisexual, transgender and intersexual, also commonly referred to as ‘the Queer Community’ or ‘the Rainbow community’.

Even though homosexuality occurs all over the world, not every country enforces the same laws. First, there are countries which protect individuals against discrimination based on sexual orientation. Second, there are countries which do not provide protection nor criminalize the act of same-sex sexual relations. Finally, there are countries which criminalize homosexuality.[2] Specifically, Africa, Asia and the Middle East are regions where homosexuality is still considered a taboo. This phenomenon of anti-gay laws is remarkable, given that countries from all over the world have signed and ratified treaties and basic principles which promote equal treatment of individuals before the law. The question arises whether the LGBTI individuals with this knowledge, can travel the world safely. Are there treaties in place which have the power to protect the LGBTI-community, or do they have no leg to stand on?

The ICCPR includes articles which are of importance for the LGBTI-community. For example, article 19 is first most relevant as it determines that every individual has the right to freedom of expression. Additionally, article 26 is of importance as it establishes that all people are equal before the law and that any discrimination based on race, gender etc. is prohibited. However, this specific article disregards discrimination based on sexuality.  The ICCPR is enforced by the Human Rights Committee (HRC), an organ of the United Nations.

One of their responsibilities include interpreting the aims and purposes of specific treaties.[3] This organ interprets article 26 of the ICCPR as broadly as possible. For example, in a case against Irina Fedotova/The Russian Federation, the United Nation HRC determined that the Russian laws which prohibited gay propaganda, are in conflict with article 19 and 26 of the treaty.[4] The two articles of the ICCPR are interpreted in such a way, that it offers protection against injustice on the basis of sexual orientation.

However, the question entails whether the interpretation of the HRC has any binding consequences for the member of the United Nations. Whether the interpretation is binding – and LGBTI individuals can rely on this interpretation – depends on the status of a country regarding the treaty. An international treaty, such as the ICCPR, is initially signed by the delegates representing the participating countries. In order for a treaty to legally come into effect, the member states are inclined to ratify it. Ratification is the official form of consent for a country to be bound to a treaty.

Consequently, once a member state ratifies a treaty, it is legally obligated to adhere to the contents of the given treaty and are compelled to align the treaty with their national laws and adjust these where necessary. In addition, once a member state has ratified the treaty, the country acknowledges the monitoring party of the specific treaty; in this case the Human Rights Committee. As long as a country does not ratify the treaty, a citizen from the relevant country cannot use the treaty as a legal source in a court case. Thus, the interpretation of the HRC is not binding if the country has not ratified the treaty.

A significant problem which stops countries from ratifying the treaty, is that many countries are not willing to give up their power to the supervising mechanism. Many countries are committed to their own interpretation of human rights provisions and prefer the autonomy. Thus, as long as the country does not ratify the ICCPR, they are not bound to the interpretations of the HRC. Member states continue using their own, which means that if they disapprove homosexuality, prosecution cannot legally be considered as a violation of human rights. Hence, by not ratifying the treaty, the member states do not risk conviction by a court for violating human rights based on article 26 of the ICCPR. Legally, member states can justify enforcing anti-gay laws if they have not ratified the treaty. Consequently, countries have full control over this situation.[5]

LGBTI Rights in the European Union

Given that the European Union (EU) provides specific rights, traveling through the EU is safer for the LGBTI-community. The member states are tied to the European Convention on Human Rights (ECHR). Similar to the ICCPR, this treaty promotes freedom of expression[6] and the prohibition on discrimination[7]. In contrast to the United Nations Human Rights Committee, the verdicts of the European Court of Justice are binding to the involved member states. The Court of Justice judges that diversification based on homosexual orientation, is only tolerable if it is justified by ‘very weighty reasons’.[8] This implies that sexual orientation falls within the scope of the prohibition of discrimination, despite the fact it is not explicitly mentioned in article 14 of the ECHR. In the case that a state does not adhere to the verdict of Court of Justice, higher measures could be taken. Thus, a LGBTI individual can derive rights from this treaty.

All in all, as a result of the travel limitations, anno 2019 the Rainbow Community can be considered restricted. Within the European Union, an LGBTI individual has a stronger legal position than outside the EU, given that the individual can rely on the ICCPR. Annually, The International Lesbian, Gay, Trans and Intersex Association publishes a world map which indicates the specific status of gay rights per country. With this map, the LGBTI community has access to reliable information and travel as safely as possible.

“The question arises whether the LGBTI individuals with this knowledge, can travel the world safely.” 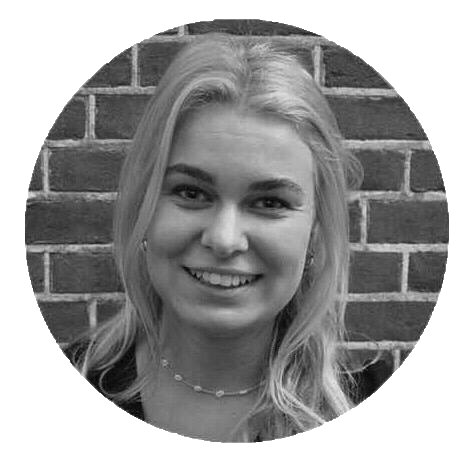 3. G. Citroni, ‘The Human Rights Committee and its Role in Interpreting the International Convenant on Civil and Political Rights vis-à-vis States Parties’, 28 August 2015.

5. G. Citroni, ‘The Human Rights Committee and its Role in Interpreting the International Convenant on Civil and Political Rights vis-à-vis States Parties’, 28 August 2015.